Meat from a test tube: what awaits humanity 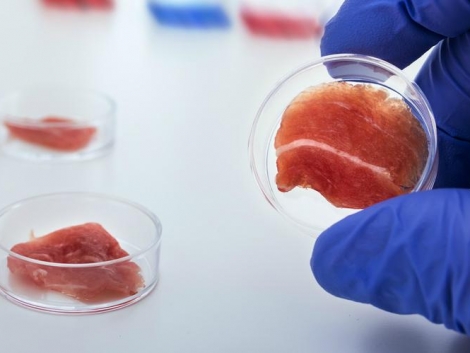 Technologies do not stand still, as well as the growth of the population of the Earth. Scientists are improving techniques to make artificial meat available and bring it to market in the next few years.

Meat is a muscle of animals. The process of producing meat in a test tube involves the production of muscle cells of animals and the application of a protein that allows cells to grow into large pieces of meat. Studies on meat in the test tube originated from NASA experiments, which seeks to find more advanced ways of long-term nutrition for astronauts in outer space.

In 2013, the biologist Mark Post of the University of Maastricht has prepared the world's first burger from meat-grown meat. The production cost was $ 325. As of November 2016, half a kilo of beef was worth $ 3.6, which is almost 10 times cheaper than meat from a test tube.

And it would seem - to be afraid of nothing. The natural product can not disappear from the shelves of our stores. If to do dry, but interesting statistics, then we learn that the cultivation of 1 kg of beef consumes 38 kg of feed and almost 4 thousand liters of water. The cows go 20 times more food than they need to eliminate hunger among people. If the population of the Earth comes closer to 10 billion, then for the production of meat for all there will not be enough fresh water.